If the player has spent a lot of time playing role-playing games, chances are he or she has greatly improved their individual adventures skills, and those skills will also apply to the massive multiplayer universe of The Elder Scrolls Online, and especially to the recent TESO: Morrowind.

Here are seven tips for solitary players in Morrowind:

1. Playing With Class
To play Morrowind you have to create the appropriate character for the task. For example, it is interesting to take into account the new class that comes with Morrowind: the Warden, one of the most entertaining options for individual play for two reasons. The first, because some of their offensive abilities can be improved so that they also give them defensive advantages, such as healing or resilience. And the second, because very early in the adventure the Warden will have the opportunity to unlock the Feral Guardian ability, which provides the ability to summon a bear that fights next to the player, so even in the individual game, the player You do not have to be alone.

2. Orientation
Morrowind is big and packed with new and interesting places to explore. However, even if half the fun is provided by the trip, it can sometimes be dangerous to travel alone. There are some useful ways to travel that will be interesting for those who do: First there are the Silt Striders, huge insects that are domesticated to take travelers from one city to another, which will allow shortcuts to most of the major settlements in Vvardenfell. Some cities also have shipowners who can quickly take the player to other ports. And then there are the Wayshrines, a portal that allows teleportation between one temple and another.

3. Missions
From a slave rescue from a corrupt government to destroying the entire island of Vvardenfell from destruction, Morrowind is well loaded with missions, all of them important and complex, in which the individual player can participate. In addition completing missions will provide the player with top quality equipment objects that will be especially useful for solo players who do not have a group to exchange items with.

4. Equipment
Traveling alone through the unexplored regions of Vvardenfell will mean that the player will not have anyone to keep your backs. Therefore, it is better to have the necessary tools to face any situation, and to collect all the objects that the player finds in his path. Weapons and armor can be sold, or even dismantled and obtained raw materials and ingredients can be converted into potions and foods to sell or save for later consumption.

5. Ride Big Mount
The mounts are especially useful for solo play, they serve to travel great distances quickly, to escape from difficult situations, and to increase the capacity of load.

6. Improvements
Food and drink may temporarily increase the player’s reserve of magic, health or stamina. Potions can increase damage, stamina, speed or invisibility.

7. Getting Extra Help
If the player needs extra help, chances are the Crown Store will have what it needs. From repair kits to powerful healing potions, from nutritious meals to scrolls that help you level up faster, from soul gems to potions, the Crown Store has everything you could need or want.

The Elder Scrolls Online: Morrowind is now available on PC, Xbox One and PlayStation 4.

The extension The Elder Scrolls Online: Morrowind is the ultimate teaser for several days after its release.

In this new story that integrates the MMORPG developed by Zenimax Online, the player can go to the island of Vvardenfell on which it will be necessary to help the living god Vivec to regain its powers. On the program, dozens of hours more quests, an unprecedented playground and a good dose of nostalgia.

Since Albion Online presented the Hector update with a huge post of the major in-game changes on June 7. Here we’ll show you some details on the improvements of Hector in addition to the “Main Innovations Of The Hector Update“. 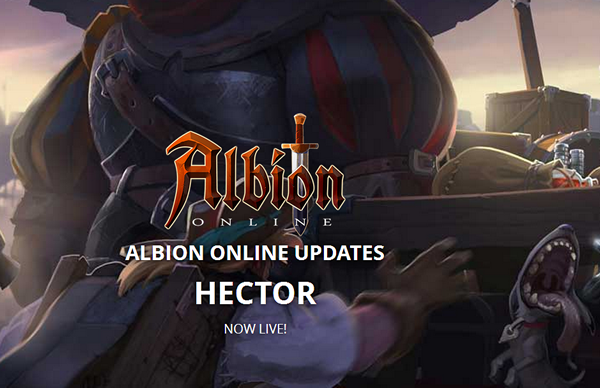 Health bars have been given a visual makeover.
An energy bar is also now shown beneath health bars.
Load screens are now approx. 700% more sumptuous.
The Destiny Board UI has been brought up to date, and is now much easier to read.
The Destiny Board tracker widget is substantially improved:

Destiny Board completion notifications have been updated to be sleeker and more modest (and therefore use up less of the screen).
World map has been smoothed and polished.
The territory UI has been overhauled, as has the UI for scheduling attacks.
The GvG UI has been overhauled too (and you can now kick players from GvG again).
Multiplayer expeditions will now tell you what role other players signed up for (so you can kick your “healer” who’s using dual daggers).
You can now adjust the quality of footsteps in the options menu.
Hovering over resources in the world now displays a tooltip telling you what type of resource it is (can be disabled).
The cluster map now has a compass border again!
The Keeper leadership – including the Earthmother – once again walks the world, and can be found in Inis Mon.
Inis Mon replaces the old Caerfyddin area.
Added a proper “buildings” button to the HUD.
The travel planner UI has been improved.
The portrait selection UI has been improved (as you can tell, the UI team has been busy).
Silver drops should now consistently appear 0.5s after a mob dies (previously they were being blocked by death animations).
Armors have had a visual rework, improving quality and making them more readable.
Using a ground-target spell no longer interferes with auto-attacking.
When force-moving (default RMB in Classic controls), instant spells will now generally not interrupt the movement.
You can now use arrow keys to scroll between regions when searching in the world map.
Login screen now gives you feedback that it’s doing something when you log in.
Added missing armor and weapon sounds.
Added missing sounds for various buffs and debuffs.
Added missing sounds for various mobs.
Added reward jingles for Destiny Board notifications.
Added sounds for certain player actions (eg buy, sell, repair).
Added sounds when selecting major buildings.
The Farming Merchant now sells decorations for your personal and Guild islands. Check it out!

Essences are no longer needed for refining!
Essences are now only dropped by special mobs at altar locations.
A new Morgana boss has been added: The Torturer.
You can no longer harvest resources while participating in GvG fights.
Focus numbers are now all 10x larger: you get 10x more per day, and as a baseline everything costs 10x more than it used to. (Focus stockpiles should also be multiplied by 10x.)
On top of the above change, focus costs now vary by item, depending on their tier and how many resources they use.
The chat font is now bigger.
Options to auto-deny duel requests and Guild invites are now found in the Social setting rather than the HUD settings.
Beginner’s items have been buffed to be somewhat stronger.
T2, T3 and T4 hide mobs are now slightly faster to skin (reduced by 50%/25%/10%) to somewhat balance out the time penalty involved in killing the mob.
Corrected build requirements for Legendary player houses.
Reduced the item power soft cap in the Yellow zone from 900 to 800 item power, and in the Safe zone from 900 to 700. The scaling factor is also somewhat stronger than it used to be.
Laborer balance overhaul:

Fame rewards for Brittle Skeletons, Frail Skeletons and Ghouls have been reduced by 30-70%.
Destiny Board specialization nodes (ie the outer ring of the Destiny Board) for combat, crafting and farming have had their Fame targets doubled.
Destiny Board specializations (see above) for gathering and refining have their Fame requirements per mastery level increased by between 1.01x and 2x (scaling linearly from ML0 to ML100).
All Destiny Board crafting nodes in the farm tree have their Fame requirements per mastery level doubled (multiplies with the above, where applicable).
Destiny Board adventurer nodes have had their Fame requirements rebalanced.
Destiny Board trainee fighter node now unlocks automatically when you reach the center node.
Destiny Board journeyman weapon nodes no longer have two stages, and the spell they formerly unlocked is now unlocked from the start.
Spell unlocks on the Destiny Board have been repositioned so they unlock earlier.
Region names have been reviewed and, where necessary, streamlined to aid readability and pronounceability. (For example, many Hs were removed from mountain region names, because Celtic is not most players’ first language.)
Material costs of armored horses and oxen increased by 50%.
Mobs will only aggress players by proximity if they’re not in combat: once they start fighting, they will only aggress players who do something aggressive until they die or reset.
“Aggressive things” (for the purposes of mob aggression) now includes all aggressive spells on mobs and all beneficial spells on mobs’ targets.
Giving a shield to a mob’s target will now cause aggression proportional to the shield’s strength, bringing it in line with healing.
Critter/hide mob skeletons will now stick around for twice the mob’s average respawn time, decreasing “skeleton piles” and making it easier to see where higher-tier mobs spawn.
Veteran and Elite Morgana Knights have had their mechanics adjusted to be more interesting.
Added some additional Guild logos.
Lowered territory yield buff to 50%, to compensate for the increased amount of resources now found in watchtower territories.
Changed how Premium gather yield bonus works: now gives a 100% chance of 50% bonus yield (with fractions randomized), rather than a 50% chance of 100% bonus yield.
Removed suicides from kill/death history
Spiked Demons now have a slowing attack
Substantially adjusted journal setup; note crafting journals now only count items of their tier
Disabled gear scaling in cities
Siege Camps in No Respite, Carpet of Bones and Blighted Bog can now be used to attack Caerleon

The game files found information about the following locations, which will be added after the release of The Elder Scrolls Online: Morrowind.

Apparently, these are two large enough places. The first of them – Falkret Bane – is known only that it is, apparently, in Falkret.

The second is called the gorge of the Bloody Root and the entrance to it will be located in Kraglorne.

Map of the gorge and the dungeon of two parts: 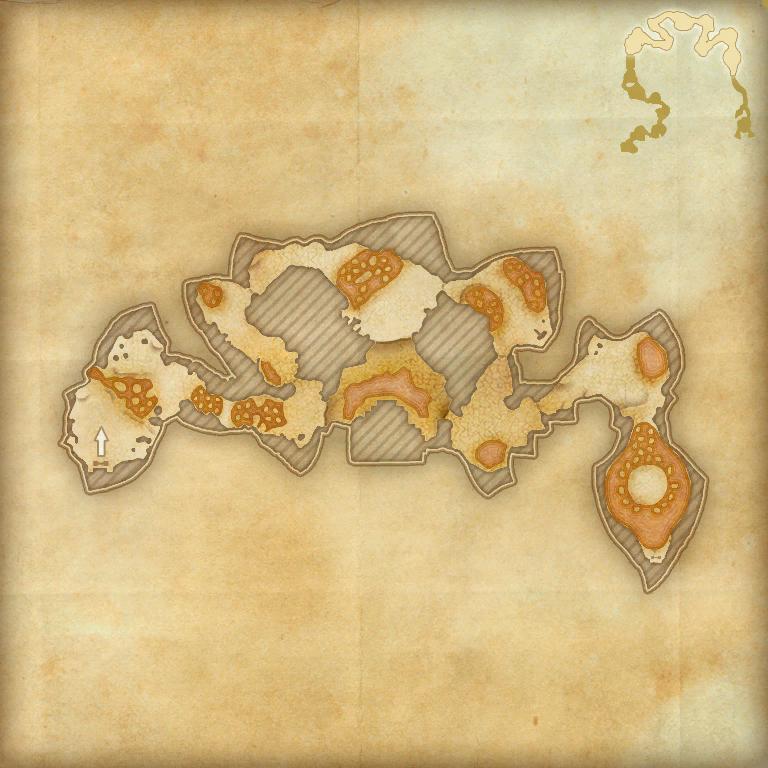 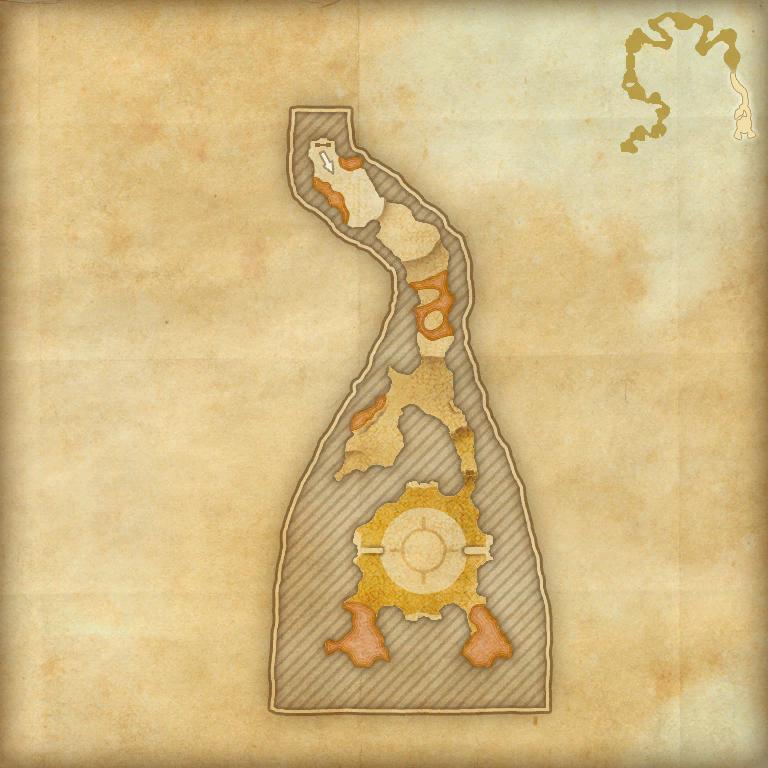 When you need gold in game, feel free to ESO-GOLD (click here) to buy what you need. We always have plenty of cheap ESO gold for sale. What’s more, we provide currency with fastest delivery and best service. Hope you gain your loved players!